Use A Spoon to Explore Physics 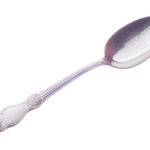 Use A Spoon to Explore Physics

In this science activity, kids use a spoon to explore physics concepts, including light reflection, light refraction and gravity/center of balance; and simple machines/levers.

Metal spoons are both convex (curves out) and concave (curves in) mirrors.  When you see an image in a flat mirror, the light waves bounce straight back at you.  This is called reflection.  But when curved, a mirror bends the light rays and distorts the image; this is called "refraction."

Spoons can also demonstrate the concept of center of balance (also known as center of gravity).  We say an object is balanced when all forces are acting on it evenly.  It’s the place where you can hold up an object (with a finger, for example) without it falling over -- and it isn’t always in the center!

Sometimes we have a hard time lifting things that are heavy, or that are stuck in place.  A tool like a lever can make this job easier. Levers also make other jobs easier, like pulling out nails, pulling the top off a bottle, cutting paper, cracking nuts-- and lifting ice cream up to your mouth!

A lever has two main parts:  a bar and a fulcrum.  The fulcrum enables the bar to move up and down.  For the lever to work, there also have to be an effort (you must push or pull on the bar) and a load (something you are trying to move). Some examples of other levers that might be in or near your house include scissors, a seesaw, a bottle opener, pliers, a nutcracker, a door handle, a stapler, tongs, tweezers -- and your arm!

Look at the back of your spoon; you will see a slightly distorted image of yourself reflected back.  This is a convex mirror.  Now try tilting the spoon up and down and side to side; you will see your image change.

Now look at the front the spoon; you will see a slightly distorted and upside-down image of yourself.  This is a concave mirror.  Is your image smaller or larger than in the convex mirror?  Again, try moving the spoon up and down and side to side.  What do you see?

A spoon is also a simple machine called a lever.  Try setting it on a table, right-side up, with something small like a sugar packet resting on the handle.  Now press down on the bowl of the spoon.  What happens to the packet that was resting on the handle?  (It should go flying, so be sure not to hit anyone!)

Finally, if you get really bored in a restaurant, you can use paper napkins or empty sugar packets to make and decorate puppet heads on the tops of spoons to create your own puppet theater.  This is not science -- but it is arguably creative engineering! 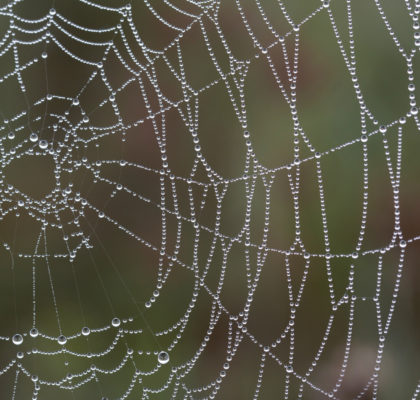