Make a Hurricane in a Bowl 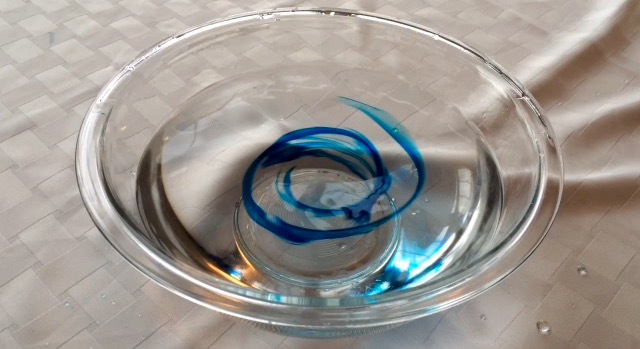 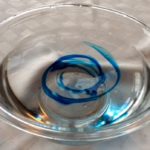 Make a Hurricane in a Bowl

In this science experiment, kids make a hurricane in a bowl and observe how the bands of rain and wind are formed around a spinning center.

EVER WONDER WHAT CAUSES HURRICANES?  Hurricanes are like engines, taking in the warmth of the ocean and atmosphere and turning it into wind and waves.  Scientifically speaking, a hurricane starts out over a warm, deep part of the ocean as an area of low pressure with swirling winds and rising air.  It becomes a hurricane when wind speeds reach 74 miles per hour.

EVER WONDER WHY HURRICANES DO SO MUCH DAMAGE?  Hurricanes are the most destructive storms on earth. Hurricanes are rated in strength from 1 to 5:  Category 1 storms are the weakest, with winds of 74 - 95 miles per hour and waves that are 4 to 5 feet high.  Category 5 storms are the strongest, with winds over 155 miles per hour and waves up to 40 feet (that’s almost as tall as a four-story building!).  Scientists don’t know what the strongest hurricane winds are because their instruments can’t survive the most violent storms.  (Some scientists think hurricane wind speeds can reach 600 miles per hour!)  The worst hurricanes hit Florida or Texas 76 percent of the time.  Virginia has had more than 120 hurricanes since 1871.

EVER WONDER WHY THERE SEEM TO BE NO HURRICANES IN THE PACIFIC OCEAN?  Actually there are hurricanes in the Pacific – but they are called typhoons!  And in the Indian Ocean, they are called cyclones.  But they are all the same type of storm.  Hurricanes are the storms that start in the Atlantic Ocean, the Gulf of Mexico or the Caribbean Sea.  Many of the most violent storms start across the Atlantic in a spot near Africa called Cape Verde.  (Find this on a map!)

EVER WONDER WHO NAMES THE HURRICANES?  Scientists started naming hurricanes in 1953.  Each year they start over at the beginning of the alphabet, and every six years, the names repeat.

Pour water into the bowl to about 3/4 full.

Stir the water in a circle until it is spinning.

Place a drop of food coloring near the center of the bowl as the water continues to spin.

Be sure to observe how the bands radiate out and begin to lose their shape as the spinning slows down and loses its energy.